Do you give money to beggars ?

By JingJoe
September 14, 2022 in General discussion about Pattaya

Top Posters In This Topic

Years ago I was told by an old hag from Pulse that most are Cambodians, babies often not their own and its a mafia operation.  If you want to help the locals in need better give your money to the

Back in UK, when I was a young lad, I was waiting at the bus stop. There was a beggar and he asked me for any change. In my wallet I had £10 note, exact change for my bus fare and a few bits of shrapn 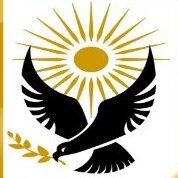 Went for an early morning walk today, during a break in the rain. Reached the beach road area at about 07:15.  There were many genuine homeless people sleeping on the beach or just getting up from a n